Mono Photography with an Edge 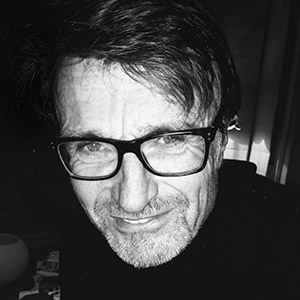 Jerry Webb gave us an evening to remember with his talk showing us a large number of his B&W photographs.

It was like a breath of fresh air as a huge number of his images broke at least one rule that our camera club competition judges repeat to us ‘ad nauseam’ we should not do!. The last two speakers that we have had at the club showed us many images from the great and good photographers of yester-year who also broke all or some of these same rules, all of which suggests that if anyone has any ambitions to become great photographers they should follow their own instincts, and not what we are told.

Jerry’s images were, as the title of his talk indicated, all Black and White, dramatic, memorable and brilliant. He uses Nikon cameras, usually with a wide angle lens to get what he wants. He shoots in RAW and in colour then converting to black and white in Photoshop.

Many of his pictures are taken with a very wide angle lens from ground level, about eighteen inches from the ground, or, if taking street pictures, from waist level.

The first images we saw were of animals, a sheep, and some dog pictures where the pictures were taken at their eye level and very close to them. The results were very dramatic.

A very large number of the pictures had either blown highlights, no detail in the shaded areas, heads chopped off, out of focus areas, had bags of noise, had sloping horizons or were exceedingly busy i.e. lots of elements all over the images, but all this was designed to create drama and tension, which it certainly did in buckets full. Lots of the elements were very carefully placed in just the right place.

A great number of his pictures were taken in Brighton, where Jerry lives, but there were quite a number from around the world. Jerry runs workshops in Brighton on ‘Street Photography’ and also ‘Mono Photography’. He also does some judging, but as he pointed out he judges whether he likes the images, not how technically perfect they are!

Jerry is also very bold and takes pictures from places he should not be in. One of these was taken under a glass stairway with black footprints going up them. He was not really allowed where he took the shot.

He also gave us some tips like it is easy taking images from within a crowd as nobody really notices you. We also heard some tips on how to deal with a situation where you get caught out taking shots of people and they realise what you are doing. A silk tongue is recommended.

All in all we saw some truly amazing images with lots of drama and tension which we all really enjoyed, and I believe that now more of our members will try more Black and White pictures in the future.

Thank you very much indeed Jerry for a really great evening.