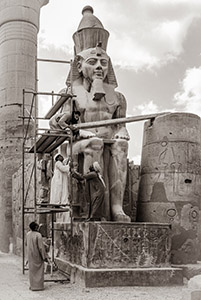 The fifth competition of the 2019-20 had been postponed from April due to the pandemic but was eventually held by zoom, on the evening of 27 August, the judge having been sent prints and PDIs for his deliberations.

The judge was Rob de Ruiter, well known to club members, a distinguished and very experienced photographer, senior judge and President of the Bognor Regis Camera Club. He was welcomed by our chairman Martin Tomes.

This was a very special competition for a number of reasons:

Congratulations to Chris, Liz and Anne for their consistent high standards throughout the year – trophies will follow!!

So, now to the results for the night’s set subjects.

More details are given below of the many excellent images presented.

In total there were 31 Projected Images and of these 2 scored the full 20 points, 3 scored 19 points and 5 scored 18 points.

The first of the 20s was Liz Barber with her “Pasque Flower” a very delicate photograph of a flower against a lovely soft background, which was also awarded PDI of the night!

The second 20 of the evening was Janet Brown with her very imaginative “Styling Food on a Fork” which the judge described as ‘Italy on a fork’ and resembling the Italian flag.

Two of those scoring 19 were by David Perks “This is so wrong!” and “Cheers!”. They were spectacular and made him PDI winner of the night on points.

The remaining 19 was from Dean Sephton for his very skilfully photographed “Large red Damselfly”, which would do well in any nature competition.

The remaining projected images were also complimented but are too numerous to mention here.

Rob de Ruiter admitted to having a deep passion for ‘monochrome’ images and he was delighted to judge our prints.

The second 20 was from Martin Tomes with his street photograph “Busking”, showing a busker at work in a busy wet street.

Two of the 19s were from Kevin Harwood with “Heeling for speed” depicting a yacht race and “Meandering light” showing a river meandering to the sea.

The final 19 was Liz Barber “The tree and the Mountain” showing a dark tree against a lighter mountain in the distance.

The 6 scoring 18 were: Janet Brown (Steaming into Corfe Castle), Dean Sephton (Kingley Vale Yew), Chris West (This thing’s bigger than both of us), a second by Dean Sephton (A crowded pond), Tim Healey (Stokes fires up) and Nigel Cherry (Patrol in the shadows!)

The other prints were also complimented but are too numerous to mention.

Comments on all images, both prints and PDIs, may be viewed in the attached files and the images themselves may be viewed by following the links at the head of this report!

Following a very enjoyable evening, Martin Tomes brought the event to a conclusion with a vote of thanks to Rob, whose careful judging and many tips led to a very interesting evening!