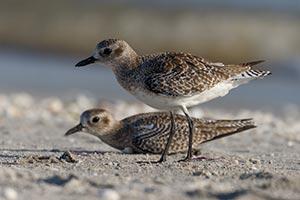 We were assured of an entertaining evening with two Paul’s in charge!

Paul Hayward as chairman, welcomed the return of Paul O’Toole as judge, who brought some of the “Emerald Isle” humour together with skill and perception, as we journeyed through the entries.

In his introduction to the judging, Paul O’Toole shared his thinking behind architecture as a photographic subject and said that black and white bridges were the norm and at the end of judging he added and cathedrals, as 4 were exhibited here in various forms.

You gain an idea of the high standard, when we had 26 entries of which 13 were marked between18-20, which led Paul to comment that marking meant finding small differences rather than focussing on the whole positive picture in front of you. However after a good deal of thought, he gave 9 exhibitors 18, one at 19 and three at 20, and found choosing the picture of the evening a real challenge.

Speaking about the 18s, Paul commented positively about the standard, quality, good use of light and the way the subject had been grasped and presented.

Norman Kirby obtained the only 19 for a picture inside Salisbury Cathedral, the clear lines, focus and the inclusion of the cross at the base of the picture was much appreciated.

It was good that Di Walker was able to be with us to hear 20 being awarded for The Alleyway, a well captured, exceptionally good and beautiful photograph, which depicted the sense of dereliction. Janet Brown “stepped out of the box” by presenting a huge single wave, well placed and stunning, greatly appreciated by the judge. These were both in strong contention for print of the night, giving Paul a real dilemma.

La Mancha by Brian Simmons, who sadly could not be with us to hear the accolades. Coincidentally this was the first up for judging and held the interest for the whole evening, for what Paul described as a beautifully composed picture with an attractive palate of delicate colours obtained in the early morning. Congratulations Brian from the judge and all those present. Great delight for the success of a recently joined member.

So friends just a point or two to up your game for there to be 13 awards at 20 and give the judge a real headache, hope springs eternal!

After welcome refreshments served by Kay and Janet, we were in Projected image mode. 36 images in all from 18 contributors. The judge commented upon how the projector may be affecting the sharpness and clarity of the images, a point somewhat thrown into doubt by a few stunningly sharp images later in the evening. A wide range of subjects of varying degrees of skill and quality, but all of interest and challenge.

Our judge Paul made some helpful comments for adjustments and improvements, emphasising that in the end his marking came down to personal choice. He complemented all photographers for their obvious patience for so many of the pictures. The 8 images awarded 18, were commended for their use of colour, using the moment and powers of observation. Jigsaw puzzle by Andy Jones caused a stir with a mass of swans, well seen and well taken and really did resemble a nightmare jigsaw puzzle.

The 4 images awarded 19, depicted very different subjects. Anne Nagle’s beautiful Tulip with rain drop, gained much praise, especially for the way the second tulip melted into the background, but formed an important part of the whole. A simple image well executed.

Alex Swyer our projectionist, gained the judge’s admiration for Playground, Alex’s small daughter running round the base of an enormous engine, the judge loved the engine and the colours, questioned about the direction in which the child was running, a matter of choice or maybe just fact? Martin Tomes gained 19 for a delightful image entitled Evacuees, amusing and poignant, crowned by the expression of one of the children, well done Martin. Audrey Gray* your author gained 19 for “Ethiopian Priest”, which Paul thought was a good character study, but would have liked the priest’s glasses cleaned, (sorry that is a no-no!)

Great anticipation as Dahlia by Liz Barber gained 20 for what the judge saw as a skilful piece of work, delicately executed, well done Liz, and this was up against the 20 for Black-bellied plover (winter plumage) from Kevin Harwood, a stunning picture of two plovers side by side, an excellent depth of field chosen and said the judge a gorgeous study of these birds. After much deliberation and anticipation Paul chose this as the projected image of the night, well done Kevin and to Liz a near run thing.

So an entertaining and friendly evening came to an end, we welcomed a number of visitors, which was really good to see. Thank you to all who made the evening possible and to Paul O’Toole for his gracious good humour.

* A note from your author, I have been a club member for over 8years and have entered about 75% of competitions and tonight was my first score of 19, slow learner or what?! There is hope for everyone, carry on exhibiting your contributions are much admired and appreciated by the audience, whatever the judge says.