“The more I practise the luckier I get” 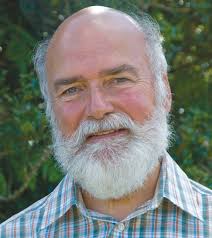 We were very pleased to welcome the self-styled “Lucky” Leo Rich for the first time at our club. Were you convinced by the “lucky”? – no, neither was I. Gary Player was held to be a “lucky” golfer but  in reality he was a very good golfer just as Leo Rich is a very good photographer. Player got to the nub of it though with his famous quote above. 10,000 hours and then some in both cases I think.

Leo’s talk was entitled “Sliding into Digital” starting with that most unforgiving of photographic mediums, colour slides, before considering the now almost universally adopted digital photography. Along the way we were treated to some wonderful images of people and wildlife, principally in  Cuba and India. The whole presentation was brought to life by travellers’ tales, laconic anecdotes and pithy comments accurately aimed at camera club judges.

The first images were digital scans from colour slides – I’m afraid I don’t have a sufficiently attuned eye to appreciate that special “filmic” effect that some photographers bang on about. These slides were great – but so were the digitally created pictures which followed. Leo was then brave enough to show, and laugh about, some of his first digital images – they looked very much like some I took last week.

It is worth noting what Leo didn’t talk about. No big stoppers, no ND filters, the word tripod didn’t feature. No ICM, HDR or any of the other acronyms or abbreviations which I find increasingly difficult to keep up with. And no Photoshop montages, compound images, layers and all the rest of that stuff either. Leo’s style of photography as shown last night doesn’t need them.  Actually I don’t recall much mention of shutter speed, f-numbers or focal length either – we learnt that Leo is a Nikonista but that’s about all.

So what’s the secret? Well the excellent portraits owed everything to the human contact between photographer and the subject. That Leo could remember the names of most of his subjects is testament to the rapport established before the shutter was pressed. Once your subject is on-side then it becomes that much easier to manoeuvre them in front of a sympathetic background and gain a few seconds to set the camera properly and compose the shot – a much better formula for success than furtively taking a grab shot with a small camera or an overlong focal length lens on a DSLR.

Then there were the wildlife shots. I’ve been to Bharatpur bird sanctuary – admittedly only a whistle stop visit – but I saw few birds and took even fewer photographs. So maybe Leo’s excellent photographs from there were just down to his luck. Once again I doubt it – much more likely to be because of his thorough preparation and application and by garnering local knowledge, before and during his expeditions.

But the most memorable images were those of tigers in the Ramthambore reserve. Once again preparation and application were probably the keys to success. But I will concede a modicum of luck in his being in the right place at the right time to get those wonderful shots of the tiger charging through the shallow lake towards its prey. And the prey looked as though it might be Leo himself so large in the frame was the charging tiger – nearly the wrong place at the wrong time.

We were the lucky ones though, to be treated to such a feast of photography and we are indebted to Leo for sharing his images and his philosophy with us. It was a particular treat for those of us who prefer straightforward images to manipulated pictures, however ingenious that manipulation may be. To produce so many such images of such standard is not the work of a photographer who is just blessed with luck – it is the mark of a very good photographer indeed.  Thank you Leo.