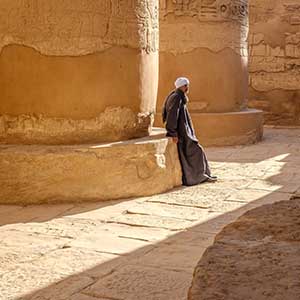 Our chairman Janet Brown welcomed Rob White LRPS on his revisit to the club, highlighting his interest in underwater and astrophotography. In response Rob explained that he was not an approved judge, so that his marking would be from the fact that he liked the photo, that it met the set criteria and that having had a preview of all pictures he would offer comments on technical and composition matters for each photo, the scores were open to being amended, when the pictures were seen on full display. All these factors led to a different judging experience for us all, making it fun and informative and showing us clearly Rob’s true heart for photography with marks that were clustered at the higher end of the spectrum.

First up were the 28 prints, which brought forth 20 in the 18-20 range, so high quality by anyone’s standard, well done to all. The five scoring 18 were Ann Nagle with “Active cubs”, David Perks with “Mooring lines”, Daisy Kane with “Sunflower”, Carole Hazlerigg with “Rubiks cube” and last but not least Nigel Cherry with “Square eyes ... cartoons after tea” a lovely picture of a child and TV viewing, great expression said the judge. Several of these 18s had the wow factor evoking much praise.

Ten of the prints scored 19, which is amazing and they brought forth much positive comment and admiration from Rob and the audience. Norman Kirby with “Hippeastrum first flush” a wow factor, good choice of background and a very well depicted flower, Liz Barber with “Smoke and mirrors” a well set up shot, making Rob ask “How was this taken?”, then Janet Brown with “Chromed clematis”, appreciated by Rob but not in his skill range, he loved the way it had been mounted. David Perks with “Don’t mention the “B”word”, a street shot of marchers, well photographed making good impact, Rob speculated about how the camera was held. Sarah Beard with “Birmingham” another wow shot with simple good lines and colours, Rob advised printing a larger picture and next up Daisy Kane with “Shoreham Houseboats” with a good depth of field and textures, black and white well chosen, a technically very good picture. Well done to new member Dean Sephton with 19 for“Sunlight on the channel” a very good picture after the style of Mark Rothko, the separate bands well exposed with excellent detail, this really appealed to the judge. The final 3 prints of the night, all scored 19 and were from some familiar names, congratulations to Nigel Cherry for “Watching through the wall” a compelling image raising questions about the green eyes, then Kevin Harwood with “Wave roller coaster” a sharp compelling picture which the judge envied and completely different Martin Tomes with “Knot”, which the judge found to be simple and appealing and asked himself “why?”, this image being very well suited to square format.

Now the highlights of the prints with 5 scoring the maximum 20, again with names that we have heard before, high praise to you all. First up Janet Brown with “Spark of inspiration” a well controlled set up picture described as amazing and making an impact, good eye, good lighting and a well chosen background, a picture which really fascinated Rob. Then a delightful picture by Chris West of three boys “Caught on camera”, which depicted a well captured moment in time with colours which really impressed Rob, next Martin Tomes “Leadenhall market” another amazing picture, perfect for square format, all sides equally parallel enhanced by the wording around the outside, then Liz Barber with “Pulsatilla” a simple depiction with excellent detail greatly enhanced by the texture of the paper used, Rob particularly enjoying the subtle fading of the stem as it met the bottom of the frame.

So to Chris West with “Morning sun Carmac” scoring 20 and nominated print of the night, Rob said how he appreciated the beautiful colours, the tones working well with a nice feel about it. Rob appreciating the placement of the lone figure meaning an early rise of the photographer before the tourist hoardes. Congratulations to Chris with two 20s showing his skill of capturing colour in a natural setting.

After a tea break and the opportunity for a close up look at the skills on display, we then moved into the judging of the 32 projected images and of these 20 received 18-20 marks, so more congratulations due, as members used their imagination and observation to capture “Whatever the weather”. Carole Hazlerigg with “Frosty morning”, David Seddon with “Escaping the deluge” Janet Brown with “Pegasus”, Derek Grieve with “It will be fine tomorrow” all gained 18 and positive remarks for their observation, composition and atmospheric pictures that fully met the brief. Sarah Beard with “Shadows” presented a graphical picture after Mark Rothko, giving food for thought, Nigel Cherry with “Danger-attempt only in fine weather” appealed to the judge, nicely photographed, Anne Nagle with “Rain Pattern”, an appealing interpretation using dark and light well, then Daisy Kane with “High Winds” showing great detail in the waves, well cropped and David Perks with “Storm in Sussex” with well depicted wind effect enhanced by the magenta tint and this completes nine 18s.

Some repeat names for the three 19s Carole Hazelrigg with “Stuck in a puddle” we could all imagine being in that car, good detail and reflections enjoyed by Rob, then Anne Nagle with “Breaking the drought” which appealed to Rob for its good composition and setting showing hard rain and lastly Dean Sephton with “Storm at Twilight”gaining admiration from the judge for going out in such weather, showing great action well suited to black and white.

We were then treated to 8 pictures meriting 20 points, this has to be the jackpot! Pity the scribe!!

First up Kevin Harwood with two images “Winter misty morning”, the judge declaring himself a sucker for misty scenes and loved this appealing picture with detail in the foreground plus a single tree in focus all set with a good border and “Mersehead winter vista” showing beautiful light throughout the image. Then Chris West with “Deluge” the judge loving the colours and curves and fantasised about a “hamburger effect”. Liz Barber earned 20 for both PIs with “A bit of a blow” which had the wow effect for a very difficult to capture shot, good choice of shutter speed an all round superb image, a well deserved accolade to Liz for this and “Rain squall passing through” which Rob loved with a good leading line with the road or water through the valley. David Seddon’s “Puffin in the downpour” was loved and appreciated by Rob, who speculated on the position of the photographer on the ground in such weather, the eye contact with the puffin being of particular note. So to Janet Brown with “Sizzling summer event” a cleverly seen street photo, a truly British scene, the judge wondering about the perspective of the middle lady. Finally PI of the night to Daisy Kane with “Mist on the pond” which Rob found really appealing with good foreground detail, showing the layers of the picture really well, an excellent composition, so well done Daisy for being top in this highly contested competition tonight.
When points were totalled, Liz Barber was deservedly presented with the cup for set subject with a stunning total of 79 out of a possible 80, so congratulations and admiration to Liz.

Our chairman thanked Rob for his open hearted comments, critique and time in a busy schedule. We must also thank Chris West for stepping outside the box and inviting a non-judge to be our connoisseur for the night, so giving a challenging, at times amusing and thoughtful evening.