Fourth competition of the 2021-22 season 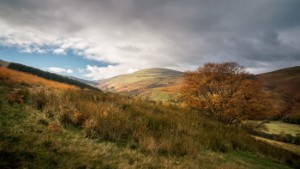 Our 4th competition of the 2021-22 season took place on 3 March; a physical meeting with additional Covid precautions, instead of being a virtual meeting on Zoom. The judge was David Eastley LRPS. From Sussex, David describes himself as having a wide range of photographic interests, from portraits to landscapes, from travel to flower photography – quite fitting for reviewing our images! David is well known to Storrington camera club; having judged for us many times.

The judge’s favourite print of the evening was “The Cheviot” by Martin Tomes; a lovely landscape which the judge highly praised – the composition and tones leading the eye through the image. Printing on matt art paper brought extra emphasis.

The judge’s favourite PDI of the evening was “Bluebell in moonlight” by John Gauvin; described by the judge as being so delicate you can almost see the fairies dancing from it. The ‘rim lighting’ was especially effective.

In total there were 18 prints. Of these two received the full 20 points, one received 19 points and two scored 18 points.

The images scoring 18 points were: “Cambria off Gravesend” which the judge described as ‘a jolly nice mono image of a lovely boat’, nobody could argue with that, and “A Wary Cheetah” by John Gauvin which was sharp throughout, from tongue to tail and which stood out from the background.

In total there were 30 projected images, of which three scored the full 20 points, two scored 19 points and two scored 18 points.

The two images scoring 18 points were:

The judge’s comments on all images, both prints and PDIs, may be viewed in the attached files. The images themselves may be viewed by following the links at the head of this report!

Following a very enjoyable evening, Martin Tomes brought the event to a conclusion with a vote of thanks to David whose insights and tips had been much appreciated!