Event
Welcome to a New Season 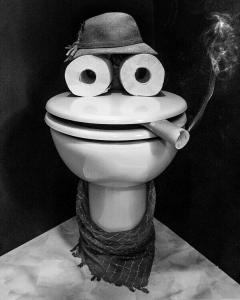 In the first face to face meeting for many months the new season was opened in the traditional football club venue complete with hand washing, hand gel, wipes and face masks. The Chairman, Martin Tomes, facing a live audience for the first time, having been Chairman for over a year outlined the season's programme that included a couple of Zoom presentations to take advantage of distant presenters, regular photoshoots and hints and tips sessions, the latter in the new Thakeham Village Hall.

Then followed presentations by eleven members of images taken during the pandemic. These covered a wide range of subject matter very few of which had specifically coronavrius connections but illustrated the ingenuity in overcoming restrictions on activities. Derek Grieve showed us a regular haunt of his on the Wey and Arun Canal. Janet Brown demonstrated her culinary skills with a cake and a still from her Vindication Swim work, not to mention some toilet humour. Martin Tomes also had an image from the same project and images from a photo shoot and holiday. Andy Jones demonstrated his devotion to learning more about his camera with some monochrome images. Kevin Harwood's nature photography was again on display with an image of the first flight of white storks on the Knepp Estate. Wildlife was also echoed by Derek Grieve, Suzanne Frossard. Dean Sephton illustrated how to form a bubble in addition to observing baking. David Perks seems to have been at a rave or on the beach with a high key image and Andrew Caswell demonstrated his fascination with the outdoors, whilst Nigel Cherry had an eclectic mix of street art, portraiture and night photography. Norman Kirby combined a live cricket with the game and his trade mark manipulation of an unusual agave.