And now for something completely different…

Event
From iPhoneography to Fellowship 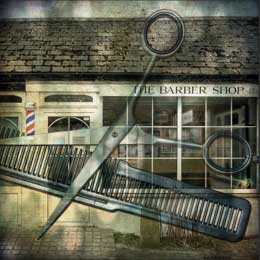 When Viveca Koh FRPS was last at Storrington in February 2018 she enthralled us with tales of Urban Exploration and enlightened us with the possibilities of using previously gathered photographic material to build new images. She also displayed her ARPS panel to general acclaim.

Viveca is definitely on the creative wing of photography but even stuck in the mud Photoshop refuseniks like me were impressed so we were all very pleased to welcome her again for the next talk in her series.

This time a major subject was “iPhoneography”. Most of us take pictures on our phones and share them for the “delight” of our friends. There are several genres. There’s the “beans on toast again tonight?” food photograph taken and shared when you’re out eating something exotic. Then there’s the “bet you wish you were here?” selfie from some tropical beach, and, worst of all, the “didn’t you get a ticket?” picture shared just as the concert or football match is about to start. It’s all good fun but nothing resembling fine art.

But Viveca’s iphone pictures are, as you would expect, artistic and many looked like fine art to me  – although there were some light-hearted ones too. She augments her natural eye for composition by using picture editing phone apps. I vaguely knew of these but hadn’t realised the number available and their scope. We were shown many examples with explanations of which App was used to achieve the often quite remarkable effects. Viveca was generous in sharing with us the details of her favourite apps and these notes will be distributed around the membership.

The first half concluded with Viveca encouraging us to take on photographic projects even if self-imposed and on a small scale. Among her projects were “dogs and legs” and Venice – photography is nothing if not a broad church.

After the break Viveca showed us her successful FRPS panel and talked about its making. Putting subject and content aside what can we learn from this? Firstly 20 is a large number of photographs to prepare to the required very high technical standard. Secondly was consistency. All were of same size and aspect ratio (square – is there a more elegant or more difficult shape for a photograph?) and printed on the same type of matt paper. The mounting was immaculate of course.

But FRPS panels, in the fine art category at least, also have to show those so difficult to define virtues – creativity and a unique approach. Difficult enough with conventional subjects but harder still when your chosen subject is the interpretation of poems from a quite complex anthology – even if the author is your uncle.

Rather than rush out, camera in hand, when inspiration struck Viveca mostly assembled the photographs from her photographic reference library. Of course she didn’t have all the required pictures so some new ones were needed, often of quite bizarre subjects. I bet the local barber was surprised when a lady with a camera arrived at his salon asking if she could take a photograph of his scissors and comb.

Even so Viveca’s first attempt at the FRPS distinction was rejected. The photographs were presented in book form but the commercial printing was deemed not up to scratch. Viveca took advice and turned to the more usual format of 20 individual prints but even so had to get special dispensation from the council of the RPS to include extracts from each poem to explain the photographs. Persistence, then, is needed as well as creativity and a unique approach. This time she became FRPS, one of around only 600 worldwide, so a very considerable achievement well deserved.

It was certainly different from Viveca’s previous talk – but another most interesting evening made the more so by the excellence of the presentation. We will try and arrange for Viveca to present her workshop on how she weaves her magic with Photoshop so we can all learn how to do it. The creativity and unique approach might be even more of a stretch though … now, where’s that book of poetry?